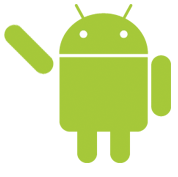 It’s official, Google Play Music has announced that it will now include podcasts in its lineup of things to listen to. According to the Official Android Blog, “…we plan to start offering podcasts on Google Play Music, giving podcasters access to millions of new listeners on Android phones and tablets.”

Sounds good to me too, but there’s a catch: It’s for US podcasts only.

But don’t worry, Google had to start somewhere and I’m sure they will eventually expand its selection to the entire world.

What’s really exciting is how they are going to present these podcasts to new listeners. They say, “Along with direct searches and browsing for podcasts, the service will connect new listeners with podcasts based on what they’re doing, how they’re feeling, or what they’re interested in. Similar to our contextual playlists for music, this will give podcast fans and new listeners a way of finding and listening to content that’s unique to Google Play Music.”

Does this mean there’ll be no more fighting for top rankings using SEO and keyword hacks? Nah… probably not. But it’s nice to know that our podcasts can be found more organically using Google’s algorithm’s instead of having to rank high to be seen in iTunes.

Regardless, this is great for podcasters because it exposes our shows to a giant, new segment of the world.

So, what are you waiting for? Visit this link and get your podcast in Google Play Music so that there’s a chance that a few of the billion people that use Google Play every month will stumble upon your awesome show.

Thanks for sharing the info and links. Looking forward to having the Wake Up Your Why podcast on it.